Landscaping in the Bluegrass is an adventure from year to year.  Sometimes we have snow in March, and other years we begin mowing lawns in March.  Even the bloom time of flowers can change yearly.  This year’s warm weather has not only the flowers ahead of schedule, but also the pests.  Many are in full swing and will require immediate action to prevent severe damage.  Here are a few observations from recent property inspections in the Lexington and Louisville areas:

Here is an image of what spruce spider mite damage looks like on a dwarf spruce: 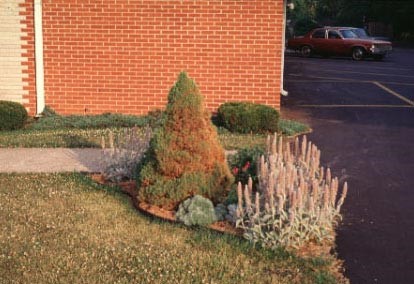 Not all of these pests require harsh chemicals to control.  There are actually good spider mites that predate on the bad spider mites, this is called bio-control.  Bio-control in the landscape is a very effective means of preventing damage on plants if the pests are spotted early.  Both tent caterpillars and bagworms are easily removed by hand before they damage plants or make them unsightly.  When chemicals are used, preventative injections are encouraged because they target pests while avoiding harm to beneficial insects.  And as always, putting the right plant in the right place can prevent many problems, as can also proper sanitation and pruning techniques. 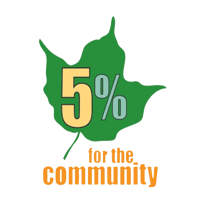